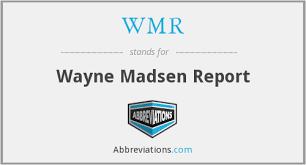 More and more informed observers in Washington, DC are beginning to take note of Donald Trump’s often inane comments. On two recent separate occasions, the 72-year-old Trump insisted that his father was born in Germany, which is not true according to New York state birth records. Trump’s father, Fred Trump, was born in The Bronx in 1905.

Trump told visiting NATO Secretary-General Jens Stoltenberg at a White House press gathering, “My father is German. Right. Was German. And born in a very wonderful place in Germany and so I have a great feeling for Germany.”

Trump’s insistence that his father was born in Germany was not the first error Trump has conveyed about his father’s birth status. In his book, “The Art of the Deal,” Trump wrote that his grandfather, Friedrich Trump, “came here from Sweden as a child.”  It was Trump’s grandfather who was born in Germany, specifically in Kallstadt in the then-Kingdom of Bavaria, in 1869. After an early career running restaurants and brothels in the Seattle area and Whitehorse in the Yukon Territory, Trump’s grandfather eventually landed in New York City, where Donald Trump’s father was born. In the “Art of the Deal,” Trump also insists that his father was not born in The Bronx but in New Jersey in 1905. A New York state birth certificate documents the birth of a Frederick Trump in the Bronx on October 11, 1905.

For a politician who made fodder out of Barack Obama’s birth certificate from Hawaii, Trump is either totally befuddled by his own paternal family tree or is covering up something embarrassing about his father’s and grandfather’s past. It is known that in 1927, Trump’s father, Fred, was arrested while participating in a Ku Klux Klan rally in Queens, New York. Federal Bureau of Investigation records are sparse in the years between 1927 and the 1960s. It was in the 1960s that Fred Trump’s association with Italian mafia gangsters in the New York construction business was first noted by the FBI.

At the same press event with Stoltenberg, Trump wanted to say that he hoped people would look at the origins of Special Counsel Robert Mueller’s investigation. However, twice, Trump substituted the word “oranges” for “origins.” Rather than admit that Trump has problems pronouncing simple words – one sign of dementia – the White House Press Office insisted that he was saying “oringes,” which is not a word.

Trump’s increasing cognitive impairment has not gone unnoticed by mental health experts. In addition to the problem with his father’s birthplace and the word origins, observers have pointed out that Trump has recently referred to Venezuela as a “company” and Tim Cook, the chief executive officer of Apple, as “Tim Apple.” Trump later insisted that he was trying to save time by calling the Apple CEO “Tim Apple,” rather than Tim Cook. However, no time was saved at all because “Tim Apple” constitutes three syllables, whereas Tim Cook is only two.

Trump insists that he is fine mental condition. He references the “fit for duty” assessment of former White House physician, Navy Rear Admiral Ronny Jackson. One might question Jackson’s own fitness for his billet after he was reported to have been drunk on duty and was known to hand out pain medication, including Ambien, Provigil, and Percocet “like they were candy.” It is apparent that Trump does not want Jackson out of the White House talking about the president’s mental condition. After Jackson was unsuccessfully nominated by Trump to be the Secretary of Veterans Affairs and his dismissal as White House Physician, Trump re-hired Jackson on February 2, 2019 as his “chief medical adviser.”

Back before their “bromance” began, North Korea’s leader, Kim Jong Un, stated that Trump was a “mentally deranged U.S. dotard.” Around the world, people scrambled for dictionaries to look up the word “dotard.” It turns out that Kim’s intelligence feeds from the United States were right on the money. Merriam-Webster’s dictionary defines a dotard as someone in “a state or period of senile decay marked by decline of mental poise and alertness.” That description pretty much fits Trump.

The 25th Amendment of the U.S. Constitution provides for the removal of a president who is either physically or mentally incapacitated. However, it takes a majority of the Cabinet to begin the removal process and Trump’s current Cabinet members are all in virtual lockstep in maintaining the status quo in the Oval Office. There is also a constitutional question about whether acting Cabinet secretaries are empowered to render a decision on invoking the 25th Amendment. Currently, the Departments of Defense, Homeland Security, and Interior are filled by acting secretaries.

Trump is not the first leader to have suffered from dementia. The history books are full of similar examples, some with disastrous outcomes. During his 1932 campaign for a second term in office, Germany’s 82-year old president and military hero of World War I, Paul von Hindenburg, began to show significant signs of dementia. In the first-round, Hindenburg failed to gain a majority, winning 49.6 percent to Adolf Hitler’s 30.1 percent and Communist leader Ernst Thälmann garnering 13.2 percent.

In the run-off presidential election, Hindenburg achieved a 53 percent majority, with many right-wing voters opting for Hitler, giving the Nazi leader 36.8 percent. It was the anti-Nazi Social Democrats who helped Hindenburg win re-election. It was, however, all for naught. The Nazis began infiltrating the German government and the doddering Hindenburg was unable to stop them. In 1933, Hindenburg was forced to appoint Hitler, a man he personally detested, as Chancellor. Hindenburg raged over Hitler’s treatment of Jews and the excesses of the Nazi Brown Shirts. Hitler and his Nazis took full advantage of Hindenburg’s dementia to seize more and more control of Germany. On August 2, 1934, Hindenburg died of lung cancer at the age of 86. Hitler proceeded to combine the offices of President and Chancellor and declared himself Führer. Had Hindenburg not run for a second term and a more forceful anti-Nazi politician been president, Hitler may have never succeeded in declaring the German Third Reich amid the ashes of the Weimar Republic.

Hitler was also able to take advantage of another aged military veteran of World War I to cement his control over occupied France. French Marshal Philippe Pétain, who was believed to be suffering from early onset dementia, agreed to lead the Nazi puppet government of France, which had its capital in Vichy.

Other world leaders believed to have suffered from dementia include Mao Zedong of China and Generalissimo Francisco Franco of Spain. There is a story in Spain, of questionable veracity, about Franco’s mental condition during his final days in the hospital. When it appeared that Franco’s death was imminent, Spanish Prime Minister Luis Carrero Blanco instructed his Cabinet to appear at Franco’s bedside to bid him farewell. When they told a barely-conscious Franco that they were there to say good-bye, Franco asked them where they were going.

Had it not been for the senility of Libya’s King Idris I, it is likely that Muammar Qaddafi would have never seized power in the 1969 coup. The senility of Zimbabwe’s long-ruling president, Robert Mugabe, helped lead to his ouster in 2017.

Trump would not be the first American president to suffer from dementia or Alzheimer’s disease. On November 5, 1994, Ronald Reagan handwrote a letter to the American people stating that he was suffering from Alzheimer’s. But some historical accounts strongly suggest that Reagan, as may currently be the case with Trump, had the disease while in office. In his book, “My Father at 100,” Reagan’s son, Ron Reagan, asserts that his father was first suspected of having Alzheimer’s during his third year in office. In 1993, a year before Reagan announced his Alzheimer’s diagnosis to the public, Reagan gave former President Richard Nixon a private tour of the Reagan presidential library in Simi Valley, California. Reportedly, Nixon later told advisers that Reagan was suffering from Alzheimer’s. When the aides expressed astonishment, Nixon is said to have replied that he was told Reagan had the debilitating disease while president.

On October 2, 1919, President Woodrow Wilson suffered a debilitating stroke. Wilson’s wife, Edith Galt Wilson, and White House aides kept Wilson’s mental and physical impairment a secret from the congressional leadership, and even from Vice President Thomas Marshall, who should have become president. However, there was no 25th Amendment to deal with presidential incapacitation. Essentially, until March 1921 and the end of Wilson’s second term, the First Lady, Mrs. Galt Wilson, was the de facto president of the United States.

Not all cases of dementia have been fraught with disastrous after-effects. Had it not been for the “Madness of King George (III)” of England, who, in reality, suffered from dementia and not insanity, the American War of Independence may have never been fought.

History, however, instructs us that leaders suffering from dementia/Alzheimer’s, who are permitted to remain in office with their mental impairment, generally bring disastrous consequences upon their nations.

Wayne Madsen is a Washington, DC-based investigative journalist and nationally-distributed columnist. He is the editor and publisher of the Wayne Madsen Report (subscription required).