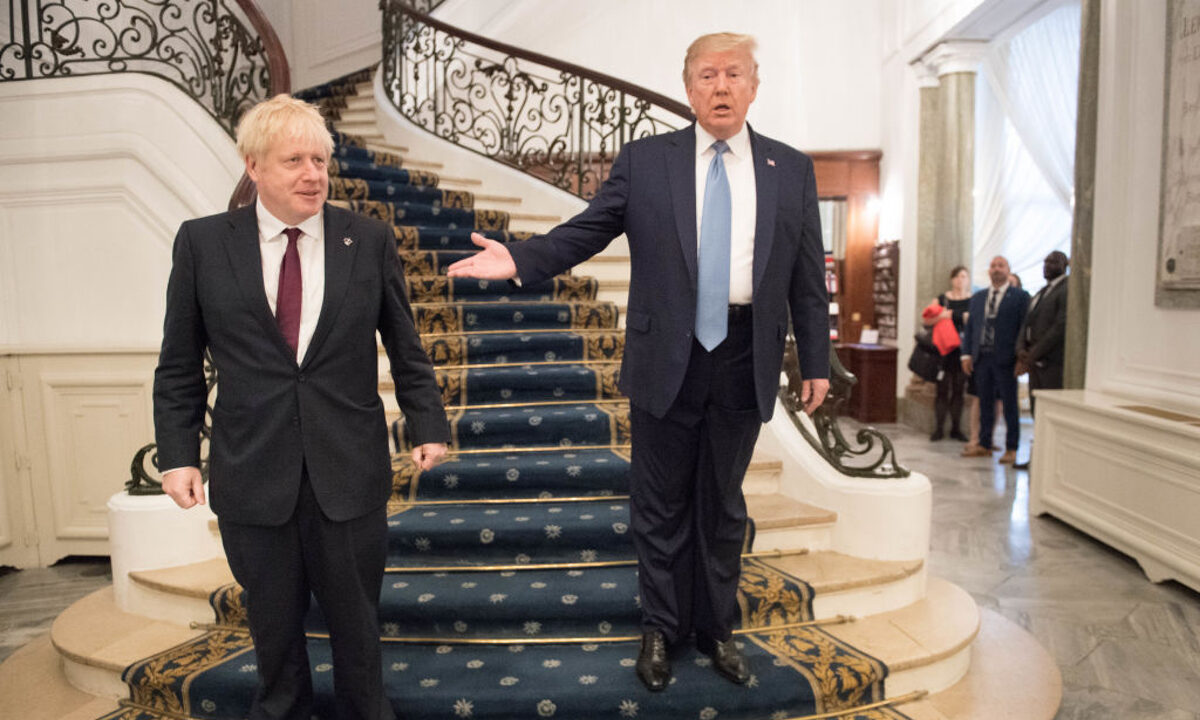 Unelected British Tory Prime Minister Boris Johnson’s move to prorogue Parliament, a decision that received pro forma royal assent from Queen Elizabeth II, is the first such move since King Charles I shut down Parliament in 1629. Charles’s army prevented MPs from entering Parliament. Charles ruled Britain without the legislature for a little over a decade, in what is known as the “11 Years’ Tyranny” or Charles’s “Personal Rule.” Eventually Charles was overthrown by the forces of Oliver Cromwell, who seized power from the monarchy after a bloody civil war ensued between Cromwell’s Roundheads and Charles’s Cavaliers. Cromwell proceeded to end the monarchy and declare a republic over England, Wales, Scotland, and Ireland.

Johnson decided to suspend parliament to eliminate legislative hindrance of his plan to force a “no-deal Brexit,” a unilateral British withdrawal from the European Union on October 31, 2019 without any advance agreements with Brussels. Johnson’s suspension of Parliament will last until October 14, when there will only be two weeks before the United Kingdom is no longer an EU member. That means the re-imposition of a hard border between Northern Ireland and Ireland, an EU member state, thus the Good Friday Agreement that brought relative peace to Northern Ireland will be placed in jeopardy.

What should concern the UK Parliament and U.S. Congress is that Donald Trump has tweeted his support for Johnson’s suspension of Parliament, a clear declaration that Trump holds representative government in contempt. Trump tweeted:

“Would be very hard for Jeremy Corbyn, the leader of Britain’s Labour Party, to seek a no-confidence vote against New Prime Minister Boris Johnson, especially in light of the fact that Boris is exactly what the U.K. has been looking for, & will prove to be ‘a great one!’ Love U.K.”

Trump’s support for Johnson’s un-democratic action sends a clear signal to dictators and would-be dictators around the world that Trump has their backs. Trump is oblivious to the fact that Johnson’s action is being compared by many Britons to those of the fictional High Chancellor Adam Sutler, the British dictator who abolished Parliament in the movie “V for Vendetta.”

Trump has engaged in the same unconstitutional actions regarding the U.S. Congress as Johnson is taking in Britain. Trump has illegally diverted congressionally-appropriated funds for other purposes and is refusing to provide congressional oversight committees with subpoenaed witnesses and documents. He is also relying on acting Cabinet secretaries and other executive branch officials as a way of avoiding confirmation hearings in the Senate. Trump has twice declared that he has absolute power because of Article II of the Constitution, which is an incorrect reading of an article that restricts the powers of the president, not expand them. Trump’s belief that he possesses absolute power comes dangerously close to him copying Johnson and moving to neuter the power of Congress by merely ignoring it, which he has been doing sporadically in any event.

In what could be a replay of Charles’s army marching on Parliament, some MPs are threatening to barricade themselves inside Westminster and even call into emergency a session of Parliament from another location if the police remove them from Parliament. Labor MP Clive Lewis tweeted:

“If Boris shuts down Parliament to carry out his No-Deal Brexit, I and other MPs will defend democracy. The police will have to remove us from the chamber. We will call on people to take to the streets. We will call an extraordinary session of Parliament. #PeoplesParliament”

Johnson’s decision to suspend Parliament is being met with court action by anti-Johnson members of the Conservative Party, including former Prime Minister John Major; and leaders and MPs of the Labor and Liberal Democratic parties, as well as by the Scottish National Party-led government of Scotland. Johnson’s decision also resulted in the resignation of Ruth Davidson, the leader of the Conservative Party in Scotland. Another court action against Johnson has been brought in the High Court of Northern Ireland in Belfast. A united move by the Scottish Nationalists, Liberal Democrats, and Labor parties to seek an interim interdict — an injunction — against Johnson’s action by Scotland’s Court of Session in Edinburgh was met with a delaying action by the judge. The Scottish judge postponed a hearing on the case to September 9, after the Parliament in Westminster is suspended by Johnson, making the multi-party case against Johnson moot.

Former Prime Minister Major noted that the last person to suspend Parliament was Charles I and that the action “didn’t end well” for the king. After being tried and convicted by Cromwell’s government, Charles was beheaded. Others in Britain are also reminding Johnson of what befell the last person to prorogue parliament. Such warnings from the people and their representatives in government should be taken seriously by Johnson and his friend in the White House.

The Speaker of the House of Commons, John Bercow, has condemned Johnson’s prorogation. Bercow has stated, “The one thing I feel strongly about is that the House of Commons must have its way. And if there is an attempt to circumvent, to bypass or – God forbid – to close down parliament, that is anathema to me. I will fight with every breath in my body to stop that happening. We cannot have a situation in which parliament is shut down. We are a democratic society and parliament will be heard.”

In both the UK and U.S., the British and American people, respectively, are growing restless over the dictatorial actions of Johnson and Trump. British writer Philip Pullman tweeted the following about Johnson’s action: “Once I hear the identity ‘Boris Johnson’, for some motive the phrases ‘rope’ and ‘nearest lamp-post’ come to thoughts as effectively.”

Read the full story at https://www.waynemadsenreport.com/articles/20190830